HR managers may be concerned about the potential safety hazards that come with medicinal marijuana but one lawyer says it’s simply “un-Canadian” to issue a complete ban on prescribed cannabis. 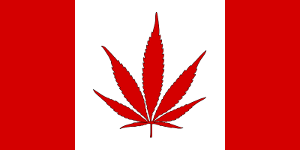 “To prevent an employee from consuming prescribed medicine outside of the workplace is absolutely in my view, unlawful discrimination under human rights legislation,” said Kirk Tousaw, with Tousaw Law Corporation.

“This is the kind of stigmatization that we encounter around medicinal cannabis because of its history as a prohibitive substance and because of the deep discrimination and hysterical fear-mongering that comes from people who don’t understand either the effects of cannabis or don’t understand how it can be used as medication,” he continued.

Health Canada currently estimates that the number of lawful medicinal marijuana consumers sits between 50,000 and 70,000 Canadians but that number is expected to jump to 400,000 by 2024.

Tousaw pointed out that as more and more Canadians turn to medicinal marijuana, employers will have to make amendments to company policies in order to offer reasonable accommodation.

“With that kind of growth I think you’ll see spill-over into different areas of law, such as employment law, and whether or not employer can discriminate against medical marijuana users,” Tousaw said.

And Tousaw didn’t stop there – the Vancouver based advocate suggested employers who ignore the changing situation should grow up.

“There’s a moral imperative you shouldn’t discriminate against your employees who are using medicine to treat serious medical conditions under the support and prescription of their physician, that’s un-Canadian, it’s bad form and bad citizenship and likely unlawful,” he said.

“We’re going to have to start grappling with this in an adult way. Simply having the ‘hear no evil see no evil’ mentality and taking no-tolerance policies that are not based on facts isn’t going to cut it.”

HR managers looking to find out more about the legal implications surrounding medicinal marijuana in the workplace can attend the HRM Masterclass in Vancouver, on June 16.