Ever wondered how cannabis social clubs work?  The people from Catalonia have first hand experience of how! They organised themselves and pushed to make the region legally and socially tolerant of cannabis consumption. They successfully set up cannabis clubs and voluntarily started self-regulating after they realized the government wouldn’t do it for them. Below is some information on the inner workings of the cannabis club network in Spain, with lots of advice and food for thought from the activists

Suggestions for speaking to Media/Public:

CatFAC – Federation of Associations of Catalonia Cannabis was set up in 2012 by 8 cannabis clubs to help regulate and standardize the cannabis clubs to give the cannabis community better legal standing and to help facilitate a better alternative to the black market. Fighting for the rights of consumers and workers, CatFAC focuses on the legality of cannabis and practices associated

Anti-prohibitionists focused on pressuring/lobbying politicians (especially before election time), changing the social mindset and changing health policies so CatFAC helped in the organization of a people’s pushback

“The Federation of Associations of Catalonia Cannabis (CatFAC) is a grouping of associations formed by consumers of cannabis which collectively build a proposal for self-regulation in which partners are supplied in closed circles and profit . We all are previous users of cannabis, legal age or illness for which cannabis is considered a palliative of choice.

We develop our activities with homogeneous groups that make up the Federation Cannàbiques (FAC) statewide.

Through CatFAC, our platform action participate from all fronts to change current drug policies including the prohibition on public policies designed, owned and participatory with all stakeholders, to ensure the freedom of people choose their consumption with less risk and more, as well as health and coexistence in society in general.

Cannabis is our scope here but collaborate with other groups that seek to advance civil rights and welfare of citizens.” – CatFAC Website

Representation is in two separate parts that focus on different areas

Activism, politics, Resource, Society 17/11/2017 1 comment
Setting Up Cannabis Social Clubs – Advice from Catalonia
0 out of 5 based on 0 user ratings
Posted by: Web Team

What if Cannabis Cured Cancer? (2011 Documentary)

You have not selected any widget for this sidebar. Go to your widgets section and select widgets. 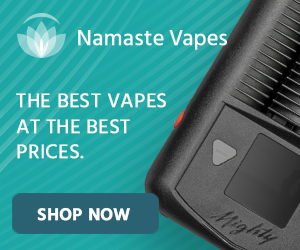